172 Lafayette Street Salem, MA Represented both parties in the sale of this 5,000 s.f. office building to investor/developers who substantially renovated the property. Drumlin Group leased two of the spaces to Richdale Food Store and The Nail Place. A third space is currently for lease.

646 Humphrey Street Swampscott, MA Represented both parties in the sale of this retail plaza to it's current owner. Represented the property owners with leases to Elizabeth Grady, Peter the Tailor, Sweat Fitness and Morando Accounting. 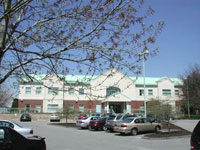 1 Huchison Drive Danvers, MA Represented the Lessee in this long term lease and adaptive re-use of a 24,000 s.f. building known as the Women’s Health Center, A multi-discipline women's medical facility. 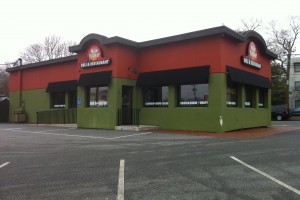 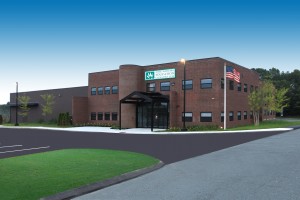 126 Sohier Road Beverly, Ma Represented the Buyer of this 35,000 s.f. manufacturing facility which sold for $2,425,000. Represented both parties to a new long term lease transaction for the building where the developer/owner totally rehabilitated the property into a school. 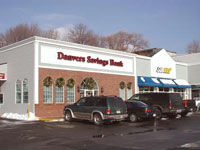 Crosby’s Marketplace Salem, MA Landlord representation for leasing of this retail complex. Leases include Eaton’s Pharmacy, Salem Laundry, Danvers Bank and Subway. Most recently, we represented the Landlord in a longterm lease to Marblehead Bank which opens in 2016.

87 Pristine Wooded Acres-Camp Simchah Middleton, MA Represented the Seller in the sale of this 87 acre parcel of land which was a former day camp. This river front wooded site was sold to a developer who will subdivide the land into house lots. The recorded sales price was $3,650,000.

58 Atlantic Avenue Marblehead, MA Represented the Seller in a sale of this office building to a law group. 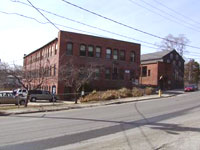 50 Grove Street Salem, MA Represented both parties in this sale of an industrial/office complex for $970,000. Leased a portion of the space to Alternative Therapy Group which established the first medical marijuana clinic in Massachusetts. 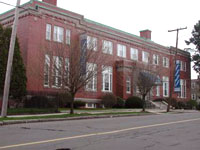 41 Sutton Street Lynn, MA Represented both parties in this sale of a vacant retail/warehouse to a bakery. The bakery operator will completely remodel the building for use as a wholesale and retail bakery. A portion of the building was leased to a noted Italian restaurant operator.

319 Highland Avenue Salem, MA Represented the buyer of this $1,200,000 development site and negotiated a long term lease for the Northshore Bank, which will have a drive-thru banking facility adjacent to this new Irving Gas Station and convenience store. In addition we found a new home for the previous owners, The Moose Family Centers who now have a newer modern facility on Grove Street in Salem.
« Previous 1 2 3 4 5 … 8 Next »
© 2016 The Drumlin Group. All Rights Reserved. Website designed and developed by Sperling Interactive.
Main Menu